Years ago, I ordered some stocking fillers for my then little daughters from a company called IWOOT.com (I Want One of Those). One of the little pointless gifts I chose was a wind-up frog toy for the bath.  It was only a few pounds and I thought it would be fun. Most of my order was despatched straight away but my little frog was delayed. Instead of sending one of those bland sorry-not-sorry emails, “circumstances beyond our control, blah blah”, I got this:

“Thank you for ordering Freddy, our little wind-up frog. He was swimming from Belgium across the Channel to be with you for Christmas Day as planned, but unfortunately, he’s met with some very big waves. He’s battling hard (he’s been in training for this) and hope to reach Dover in a day or two. We’ll attend to his needs and have him chauffeur-driven to Windermere in time so he can enjoy a warm, bubbly bath.
Love, Team Freddy.”

Now, IWOOT could have easily sent me a standard email. It probably took a few more minutes of time and effort to come up with the Freddy email. But what a difference it made. To me. The customer. What a distinction. I could have bought Freddy from Amazon, Argos or in those days, Woolies. But I felt that I was being personally thanked by IWOOT and rewarded for being a customer. Over the next few years, I spent a small fortune with IWOOT on other things I didn’t need, and enjoyed every transaction.

So, my question to you, dear independent estate agent, is this: how can YOU turn something so mundane as an email saying an order has been delayed, into a client loyalty strategy?

How can you totally – and unexpectedly – surprise and delight your clients – even those who are simply getting a standard email from you. How can you make them feel special and bring a smile to their face?

Have you been on a Virgin train recently?

If you have, and you’ve used the on-board loo, you’ll know that Virgin have taken this seemingly insignificant opportunity to connect in a witty way with their customers.

Here’s what my loo said to me last time I was on a Virgin train:

The Virgin talking loo speech has changed a little recently, but instead of focusing on the content, let’s look at the ‘why’. Why would Virgin both to go to such lengths to tell us what not to throw down their train loos? Well, apart from the necessary information they need to give their customers to make sure their loos don’t get blocked, they are simply using an otherwise mundane and uneventful happening as an opportunity to connect with their customers, make them smile, and remind them why they chose Virgin Rail for their journey. It’s simple, but it’s clever, because their little ‘intervention’ has the same effect as that of IWOOT – it brings a smile to the face of their customer.

As an estate agent, we have plenty of opportunities to demonstrate differentiation to our clients. Look at how many touchpoints we have, from the very first enquiry someone makes about their house, all the way through to key handover. How could you turn each one of these touchpoints into an opportunity to put a smile on someone’s face?

How can you turn a mundane moment into a ‘magic moment’?

How could you add personality, individualism and a sense of humour into your communication strategy? It’s not easy – you’ll need to apply all of your imagination and vision to inventing something that you probably haven’t done before, but how great would it be if you did?

When I try to think of all the ways estate agents I know of have proved differentiation over the fifteen years-plus I’ve been in the industry, I struggle. I can think of Charlie Perdios from Anthony Pepe, and his ‘Pay What you Want’ strategy. And James Ryan from Ellis and Co in Golders Green’s  DreamTeam initiative that won him Best Estate Agent UK a few years ago. Victoria Green from VMove creates a beautiful memory book for her clients for them to cherish. But then I pretty much draw a blank.  We’re not talking short-lived campaigns. We’re talking long-lasting, deep-meaning, differentiation-proving initiatives. No gimmicks; no publicity stunts – just a commitment to serve their market in a way no one else has thought of, or dares to do.

Every agent tells me they are different

But when I press them, they struggle to tell me how. One agent from Oxfordshire told me he had longer opening times than anyone else in this area. Another from Cheshire explained with pride that he was the only agent in his town to use A3 window cards. But the vast majority of agents tell me they have a differentiated service. There’s a problem with this statement. Because every agent says their service is better. Every. One.

When you’re in front of a vendor and you tell them you have the best service, a) why should they believe you? And b) what does it even mean? Are you saying that you answer your phone quicker than other agents in your town? Or your emails are replied to within seconds?

What does better service mean, anyway?

You see, if I was selling my house and an estate agent told me that they would give me a ‘better service’ than their competitors, I’d want proof. Facts and figures. (I’m left-brained. Forgive me.) And I’m not sure they could oblige my request. In an age of award-confetti, every agent in your town can probably boast an award or two, can’t they?

What can you genuinely offer your clients that no one else can? Can you say with sincerity a statement that starts, “We are the only agent in Smallsville that…..”?

My belief is that you cannot prove differentiation – or even claim it – using promised service levels.

Imagine if, when I was deciding whether to order my little wind-up frog, the product description had read, “if this product is delayed in transit, we will send you a funny email to explain.”  That just wouldn’t have worked, would it? When you’re in front of a prospective client, and you tell them all about your opening times, your call-wait time, and your awards, can you understand why they may not be bowled over and rushing to sign on the dotted line?

When it comes to proving differentiation, you need cold, hard facts, and something attractive and tangible to show them. Seriously.

What matters to them?

Phil and I were in a beautiful apartment recently – probably the largest apartment in the Lakes in fact – and if our valuation was right, this would smash all the previous sales on the development by a wide margin. We had told this lady all about the ways in which we were different, but she didn’t seem convinced. After all, she’d already had a meeting with the longest-established estate agent in the area. What made us think we could do it better? What else was she waiting to hear? What could we tell her that would tip the balance in our favour and show her we were the only agent who could get her the price she needed? We knew our competitor had valued it at a higher price than we had, and had quoted a lower fee. Surely there was nothing we could do to convince us to come on the market with us. Actually, we won the instruction. And the piece of information that swung it for her, I had mentioned in passing – accidentally almost. What was it?

I told her “AshdownJones only sell unique homes”.

Her ears pricked up, and she leaned forwards, intrigued. She asked me to repeat it, so I did. I explained why. And how. And showed her examples of our marketing. She was hooked.

Because this lady had a unique home, and she was very proud of her home’s uniqueness, the fact that we only sell unique homes appealed to her very much. More, it compelled her. She was drawn to us. It made sense to her. Had I told her that we were open longer hours, or that we had bigger window cards, or awards, she couldn’t have cared less. But the fact that we only sell unique homes and that we’d like to sell hers – that was news she needed to hear. It massaged her ego and boosted her pride in her home; she realised that we were selective – just as she was. That positioning made her feel special, and that her apartment was too.

Proving differentiation is very, very difficult, because it actually originates from you – your core values, and your reason for doing what you do – your big ‘why’. But I said difficult, not impossible. I believe you can do it. Because you’re different, aren’t you?

And if you’d like to get short, actionable tips and tactics every week about how to grow your agency by being different, I’d be glad to send you them.  Just click the link, pop in your email, and you’ll get your first email tip straight away.  See you there =) 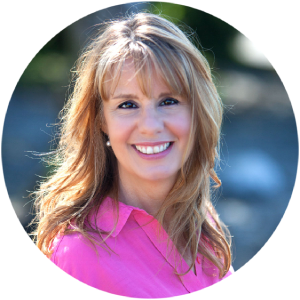